As this is the first of its kind in Northern Ireland, our research will be focusing on hatchery techniques as well as lobster rearing techniques. We will be working with NELCO (The North East Lobster Cooperative and Queens University, Belfast who already run a successful scheme with local fishermen known as the “V-notching” scheme.

V-notching is a management tool used within the fishing industry to help sustain lobster stocks.  V-notching has been in operation in Northern Ireland for m
ore than 10 years.  This scheme means that any female lobster that has eggs (known as a berried female) which is caught by fishermen is marked by cutting a ‘V’ out of her tail before returnin 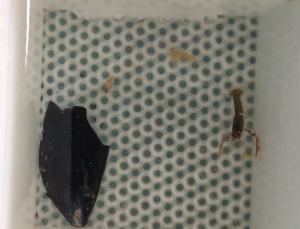 g her to the sea.  If these lobsters are then caught again, they have to be returned to the sea.  This makes sure that the female is protected for a number of years.  The aim of V-notching is to increase the total amount of reproductive females in the population and therefore increasing the total amount of egg production and overtime increasing the overall securing  future lobster populations.

In Northern Ireland there are currently two V-notching programmes running at the same time.    The North East Lobster Cooperative (NELCO) run a scheme whereby any berried lobster is v-notched at the site it was caught. The fishermen then take a small sample of the eggs which is placed in a preservative with the v-notch.  The lobster is released back at the site that it was caught and the eggs and v-notch are sent to Queen’s University, Belfast where they undergo DNA profiling. 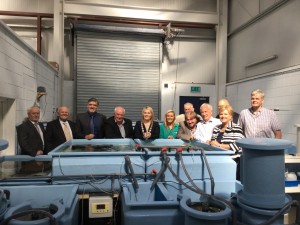 This profiling produces a genetic identity of the female and her eggs and from t
his, information on the male lobster can then be identified.  The scheme has led to the creation of a genetic database of lobsters from the County Down Coast. The North Coast Lobster Fishermen’s Association (NCLFA) run an alternative scheme where the berried female is brought back to port to be verified before being put back to sea. This scheme has proved to be very important in monitoring lobster stocks.

Our partnership with Queens University will mean that new research can be carried out, looking at ways to develop and improve novel and traditional lobster hatchery rearing techniques throughout each of the stages of the lobster life cycle, provide more of an understanding of their nutritional requirements and what makes them stronger and increases their chances of survival. 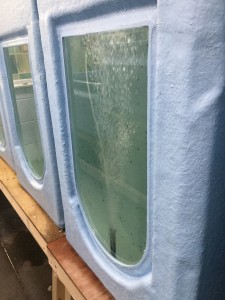 As well as looking at the impact of disease and identifying strategies for improving the health of the larvae and juveniles as this is when they are most susceptible to disease.  We will also be looking at trying to ascertain which lobsters have certain genes that deliver faster growing and more disease resistant lobsters. 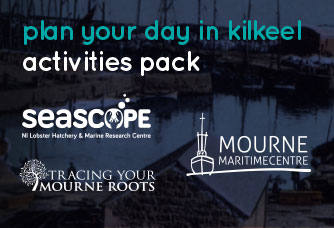 How to find Seascope 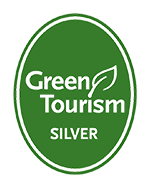